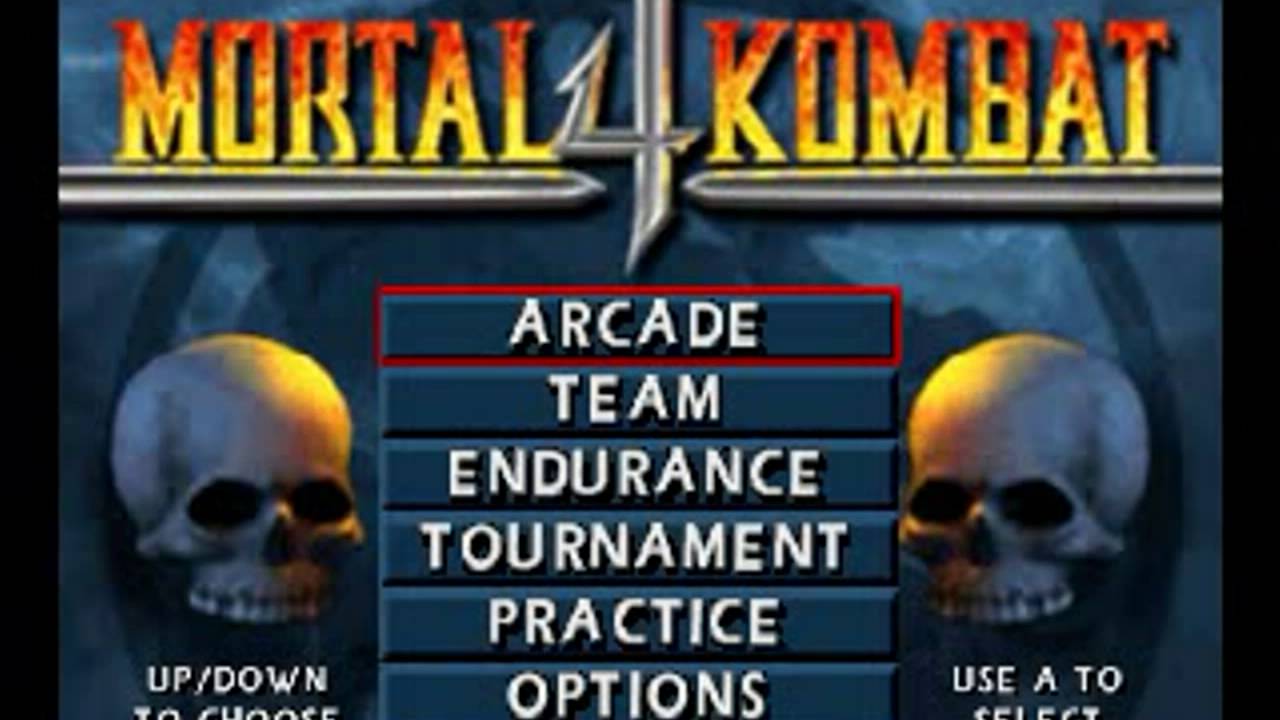 A longplay of Mortal Kombat 4, play as Scorpion.

Mortal Kombat 4 (MK4) is the fourth main installment in the Mortal Kombat series of fighting games developed by Midway Games. Released to arcades in 1997, Mortal Kombat 4 is the first title from the series and one of the first made by Midway overall to use 3D computer graphics. Eurocom later ported it to the PlayStation, Nintendo 64, PC, and Game Boy Color during 1998. An updated version titled Mortal Kombat Gold was released exclusively for the Dreamcast the following year.

The gameplay system of Mortal Kombat 4 is similar to that of the previous games; one of the most notable additions is the use of weapons and objects during fights. The storyline chronicles the attack from the corrupted Elder God Shinnok against his former comrades who trapped him in the Netherealm many years prior to the beginning of the series. The other 17 playable characters take part in the battle between good and evil, with the forces of light trying to stop Shinnok and the forces of darkness from conquering all the realms.

While developing the game, the Midway staff had problems making the graphics as it was one of the first 3D fighting games they developed. Co-creator Ed Boon commented that the staff wanted to make Mortal Kombat 4 more violent than its predecessors, removing the comical finishing moves featured in them. Since its release, the game received generally positive response from critics, with the exception of the Game Boy Color port.